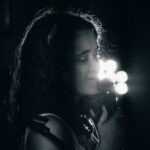 Devon Webb is a full-time poet & writer based in Wellington, Aotearoa. Her work, which she shares primarily through social media & live performance, explores themes of femininity, sexuality & vulnerability. She is the 2021 Wellington Slam Poetry Champion, has been published both locally & internationally, & is currently working on an album of her spoken word & the final editing process of her debut novel. She will also be taking on the role of the NZPS Youth Poet in Residence, curating opportunities for young poets nationwide.