Despite it being a live reading of an early drafted script, I was invested throughout Caryl Loria Illana’s Soul Sister. Full of boisterous humour, any Filipino who has grown up in Aotearoa would catch the zingers, and yet is so full of heart that could bring us (especially me) into tears.

Narrated by the director, Sean Dioneda Rivera, Soul Sister delivers a fresh perspective on Asian representation in our local Aotearoa theatre and, by extension, in any Western theatre. Despite the paranormal themes, it humanises Filipino characters in a way that Western theatre is yet to achieve. The show champions itself with a plethora of representation, from representing different Filipino cultures to queer Filipino mental health. It is a breath of fresh air to discover that one of the main characters is a queer Filipino woman named Maricel (portrayed by Krizelle Lacson). By having her story as the main narrative of the show, queer Filipinos, such as myself, are able to empathise and see themselves centre stage in full focus.

Soul Sister has taken me on a ride where some facets of my experiences were performed right in front of me. As a queer Filipino-Kiwi watching a show about a queer Filipino-Kiwi, it truly was a vulnerable thing to experience. But why? In Maricel’s letter to her former partner Des (Nī Dekkers-Reihana), she expresses her angst about her conservative family. She laments her parents’ perception of queer people; on how they don’t take them seriously and are only for TV comic relief. “They don’t want that [identity] for me”. Maricel expresses the level of angst in a way many queer people can relate to. She also expresses the level of angst in a way many Filipino children would feel from their parent’s expectations. As a queer Filipino-Kiwi, it is to experience several facets that, though seemingly segregated by Western standards, are unified into one experience.

The play navigates around that amalgamated experience. As shown from two climactic points — when Des read the letter from Maricel and the time Arlene (Ivy Padilla) and Des check in on MJ (Fergielyn Catayo), Maricel’s younger sister. These scenes reveal to be the heart of the show as they share raw emotions while the people around them were to listen and validate their experiences. The heightened emotions and the pace of the speech reel me in, in hopes of connecting to their inner psyche. Spoilers: it did.

Despite the tragic context of the story, Soul Sister still emits messages of love, grief and healing. The play embodies the “chosen family” archetype that Filipinos, the rest of the queer community and anyone in between have grown familiar with. It is cathartic to see. Throughout the play, Arlene devotes her time to setting Maricel free as she validates her and everybody’s experiences. Affirmations of being ‘worthy’ is a recurring motif throughout the show. While ‘queerphobia isn’t inherited’, as mentioned by Maricel, hearing these affirmations of being enough is truly healing especially for those who have lived in a survival mindset; whether living through queer oppression and, or, through intergenerational colonised trauma.

Weeks after not showing up to work, we see the ‘chosen family’ archetype as Arlene and Des check in on MJ. Arlene and Des help cheer up MJ as she opens up about her depression. Arlene and Des console her and help her tidy up her room. “No matter how rubbish you feel, you are worthy of a clean room,” Des reassures MJ while playfully calling her ‘bata‘, a Filipino term for child. MJ consoles them back, reassuring them that while she knew about Des and Maricel’s previous relationship, she supports both of them. Days later when we see Arlene and Des carrying the archetype as they help MJ sort out counselling. It is the intentional effort and camaraderie that speaks volumes that we are loved despite the setbacks.

While hearty, Soul Sister is also plentiful in humour. For instance, Arlene and Maricel attempted spirit cleansing by getting Maricel to pass through foods that heavily contained salt and garlic – two of the common ingredients in Filipino cuisine and exorcism. The writer, Illana, also splashed several Kiwi and Filipino references throughout the play. Arlene and Maricel showed a relatable frustration on not being able to pass down Filipino family recipes as all the measurements are ‘to taste’. I found that amusing since many Filipino dishes I know can never have the exact measurements. You also have the “you can’t have my ghost chips!” line from Arlene to Maricel. The audience immediately laughed at the reference as the character appears to be proud of delivering the line.

Described wearing only black and white semi-formal clothing, Maricel is a well-mannered character. With a composed tone and poise, it makes it easy for me to know that Maricel was once the ‘successful breadwinner’ in her time. “She had a great thing going for her,” MJ says when she described her older sister. Her tone and mannerisms were so composed that it surprised me when I learn that it was Lacson’s first play-acting role! She was so exceptional that I wouldn’t have guessed.

Arlene is a fun character to watch. Full of cheerful energy, Padilla helps Arlene come alive with familiar character traits I used to see in Filipino game show hosts: lively, playful and animated. Mistaking Maricel for a dwende (an elf-like creature in Filipino folklore), Arlene immediately tried to pay her respects. “Tabi tabi po (Pardon me)” she says as she offers Maricel a bar of Whittaker’s chocolate.  While amusing, Arlene became a stable character for the show as she remains loyal to the friends she made along the way.

Despite presenting with an outgoing front at the start of the play, we discover that MJ, like her older sister, also suffers heavily from depression. “Everything is pointless,” MJ says as her mental well-being was not taken seriously by her parents. They scolded her, calling her ‘ma-arte’, a familiar term many Filipino parents use to accuse their children of being fussy. “We’re the ones who make the sacrifices”, they said to justify that MJ has no reason to be upset. Catayo made a convincing portrayal of MJ’s pain. MJ appeared distraught only to break down in tears after Des’s reassurance left me sympathetic and wanted me to protect her as if she were my own sister.

Nī Dekkers-Reihana’s portrayal of Des was beautiful. Teary-eyed, they smiled and explained how they and Maricel came to be – two best friends falling for each other. They appear to be lost in thought, not looking at the audience, along with occasional glances at Arlene. They continued that they broke up with Maricel as being in a closeted relationship was overwhelming. It wasn’t long until Maricel took her own life, leaving Des guilt-ridden. “I felt like I deserved it after what I did to her.” Just as heartbreaking it was for them upon finding out about Maricel’s death, Dekkers-Reihana’s gut-wrenching performance also left me heartbroken.

I also can’t forget about the hilarious Alex Rabina, who was cast as the ‘one-man-army’ ensemble. Rabina help set the lighter mood of the first half of the reading with his comical timing and use of tone. From being Arlene’s cousin asking for the dropped ‘herb bag’ on the doorstep to a British workmate ignorantly mistaking MJ as Chinese to the lost ghost finding Arlene at the end of the show, the accents and tone of voice were sensibly used and delivered in such a way that causes me to inevitably laugh.

Soul Sister is truly for the queer Filipino-Kiwis who are in need of representation in Western media. It is one thing to find queer or Filipino representation, it is another to find representation where there are unified experiences. Despite setbacks in life, it provides an overarching message to young queer Filipinos that they are deserving to be seen and valued. Unconditional camaraderie from loved ones is something we all deserve, regardless if we are related or not. The writer recognises this as despite being underrepresented, she used this platform for the audience to take time to connect.

Illana’s Soul Sister has a vision of grief, friendship and healing. While rough around the edges, the early draft has already provided a cathartic experience for the underrepresented. Full of heart, Soul Sister boasts a charming cast with themes that are well thought out. It provides a story that has hardly been told before and therefore needs to be told. 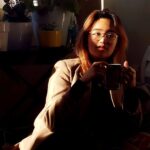 Ari Banog is an art-crazed fiend who studies visual communications design in Te Whanganui-a-Tara. A chronic over-thinker, they are passionate about social issues in regards to what it means to be a queer Asian in Aotearoa. If you can’t find them at home obsessing about turnip stock prices in Animal Crossing, you would find them performing in drag shows as Harvey Spice.