Undeniably, COVID-19 has had immense impacts on the performing arts. Attendance has decreased a considerable amount, to an average of 68% in 2020 (Creative NZ, 2021). But, as many have begun to notice, concerts in particular are beginning to make a ‘comeback’. As Chris Schulz (2022) from The Spinoff described it, there is somewhat of a queue to get into Aotearoa in order to perform, now that restrictions are easing.

The Lucy Dacus concert was the first gig I had been to since the initial lockdown in Aotearoa in March of 2020, and I had forgotten what it felt like until I began lining up at The Hollywood Avondale. I began to feel those all familiar butterflies – the excitement was building!

Upon entering the venue, there was a shared sense of community. People didn’t push as many do at concerts, and conversations started between those who had not entered together. We were in the same space for the same reason, and this created a safe and welcoming atmosphere. For me at least, lockdown was definitely a time when I felt isolated from the queer community within Aotearoa. I had to leave Auckland, where I could openly be myself, and head home to my family in Taranaki. My family is Afrikaans, so dynamics are very gendered and there were many instances of casual homophobia, despite having come out to them. At the time I was not active within online queer spaces and this just added to the isolation I was experiencing due to COVID-19. So even being in a space that was, in a way, dedicated to the community made me feel affirmed within my identity.

The opening act for Lucy Dacus was Aotearoa artist Pickle Darling, otherwise known as Lukas Mayo, a multi-instrumentalist from Christchurch. Supporting Lukas during the performance were Cameron Finlay and Sarena Close. Pickle Darling played several singles as well as songs from their album titled Cosmonaut. Although the set was short it was welcomed by the crowd, amongst the anticipation for what was to come next.

As Lucy and her band walked on stage, the crowd welcomed them with cheering and applause. The beginning chords of “First Time” met our ears and immediately the crowd began to pulse like a heartbeat to the music. Not only were we immersed by the beautiful sound of Lucy’s voice, but by the voices of fellow patrons sharing the space.

As shown by the setlist below, most of the songs played were from Lucy’s Home Video album. There was a mixture, though, with both her oldest and newest songs being featured. Dacus expressed gratitude throughout the whole set, saying “thank you” after almost each song performance. Fan-favourite “Night Shift” (from Historian) was played third to last, having been heavily anticipated by the crowd.

The music performed oscillated from emotional and heavy to upbeat and danceable. Dacus navigated the setlist in a fluid manner – the crowd was along for the journey. There were groups dancing together during “Hot & Heavy”, and then those same groups gently comforted each other through Dacus’s distinctly ‘sad’ songs, such as “Thumbs”.

After having briefly left the stage with her band, Lucy returned solo for her encore performance. Dacus explained to the crowd that for the past few years she has been playing unreleased music, on the condition that no filming or leaking take place. After a promise was made between Lucy and the crowd, she performed. Even after her leaving the stage for good, the crowd continued to applaud and cheer.

The stage lights dimmed and the venue began to be lit normally again. Upon exiting the space, there was a sense of fulfilment. I for one felt that although I had cried during the set and felt sadness, I had also received something by sharing the experience with Lucy, her band, and all those that went to The Hollywood Avondale that evening. Just as when we entered, exiting was cordial. Shared smiles could be seen and comments such as “I wish we could hear it all again” could be heard as we all parted ways.

Creative NZ. (2021). Latest research shows New Zealanders more positive than ever about vital role the arts play in our lives, despite COVID-19. https://www.creativenz.govt.nz/

Schulz, C. (2022). Get ready for the return of big music shows: ‘A traffic jam of acts is trying to tour’. The Spinoff. https://thespinoff.co.nz/ 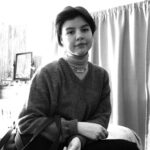 Mik is a Human Geographer who also dabbles in creative works. They have somewhat constantly been on the move since leaving South Africa in ’99, which has inspired them to explore the abundance of experiences people have across time and place. Generally, you can find Mik studying at university, on a long walk, or volunteering and spending time with their lovely mates.