not a lifestyle, personal

Heartstopper: An LGBT+ Show Made the Right Way

There are many LGBT+ shows out there, so what makes the newest addition to the genre, Heartstopper, so special?

On April 22, 2022, my friend texted me a new Netflix series to watch. I immediately recognised the title, as it had the same name as an online novel I had read. I didn’t know it at the time, but this would become my favourite TV series, and my newest obsession.

The series in question? Heartstopper by Alice Oseman.

Heartstopper is the newest LGBT+ show on Netflix. It’s a teen romance and drama about Charlie Springs, who develops a crush on Nick Nelson. It brings something that seems simple on the surface, but is more important than most would imagine: keeping things happy.

Currently, most LGBT+ media puts a focus on the struggles and history of being a queer person and what it was like being in a world full of hate and misunderstanding. Instead, Heartstopper celebrates being queer, acting as a reminder to queer people that they deserve love, acceptance, and happiness. I think stories of queer history and struggle are important, but it’s equally important in today’s society that we have media that normalises queer people.

Yes, Heartstopper is fictional. But this doesn’t make it any less special. Heartstopper has a story that feels very real to viewers, which is its secret ingredient. And it’s all thanks to the creator of the story: Alice Oseman.

Alice Oseman originally created Heartstopper as an online novel published on the platform WEBTOON. This was then produced into a graphic novel that sold over a million copies. After this came the biggest part of the story’s life, becoming a Netflix series.

Alice had a deep involvement with the Netflix series to ensure her story remained as she envisioned it. It also means that we see little additions like animated doodles drawn by Alice, which are used to express the character’s feelings such as autumn leaves for the feeling of butterflies. This is what made the Netflix series so special. None of the story’s spirit is lost, it remains every step of the way … especially with the characters.

Heartstopper fans often talk about their love for the story’s characters, and it’s because of how authentic Alice makes them. She makes every character genuine and gives them each their own complex life stories instead of stereotyping them. It’s so important that queer characters are humanised like this so that the audience has a true connection with them. “Alice has such a wonderful way of creating rich, complex characters that mean so much to people. The second I read the script, I saw Charlie as a more introverted version of me,” said Joe Locke.

The Importance of Representation

I think what makes Heartstopper’s story so beautiful is that it’s a queer story, made by queer people, with queer actors playing queer characters. “I wanted as many people in our team to be part of the LGBTQ+ community, so they could bring their experiences and identify parts of the story that can only be from an LGBTQ+ perspective,” said Heartstopper’s director Euros Lyn. The LGBT+ community having this much involvement with the production is what makes Heartstopper’s representation so accurate and authentic.

An issue that comes with most other LGBT+ shows is when older adults play teenage characters. This can be a much more problematic issue than just a character looking old, it can harm a teenager’s perception and self-image. “When you’re watching a show that has a teenage character and they look 30 with a raging six-pack, it can give you an expectation of what it is to be a teenager. You feel like maybe you’re behind, or that it’s never going to be attainable. It can give you a problematic mindset of yourself,” said Kit Connor. I’m really thankful that Heartstopper has teens playing teen characters, because it makes it way more meaningful to the audience as we get a true sense of the story.

All of this results in Heartstopper having both accurate and heartwarming representation. The show does a great job of making queer audiences feel seen and validated, regardless of their sexuality or gender. For lesbians, Tara and Darcy’s relationship highlights the problems that come with being a lesbian. They show the indirect negativity and bullying that happens to lesbians, yet they maintain the confidence to call themselves lesbians. This is really special for lesbians around the world as the word’s negative stigma discourages most from using it.

“Tara and Darcy always referring to themselves as lesbians means a lot. It made my heart full for all the young girls who can think about that label differently, with softness and humanity.” — Mikaela Wilkes, Stuff NZ

With all of this, Heartstopper has become very special to queer people across the world. The accuracy and humanity of the characters in the story give so many people someone to relate to and look up to.

I’m really happy seeing shows like Heartstopper get this much attention because as well as being a place of comfort for queer people, it becomes a source of education.

A survey from the University of Auckland found that in New Zealand, almost one-in-five queer students reported being bullied at school on a weekly or more frequent basis. They also found that almost half of queer students said it was because they were gay (or because people thought they were).

Heartstopper has the power to lower these numbers.

The show sheds light on real issues and experiences within the LGBT+ community, giving the audience an unfiltered perspective into the lives of queer teens. This has a lot of power, as experiencing a queer person’s point of view can show the audience how their past actions may have affected someone, as well as how they can do better.

This is the first time an LGBT+ Netflix show has gained so much success, news coverage, and love. And it makes me so incredibly proud, because with Heartstopper seen throughout the world … we are seen too. 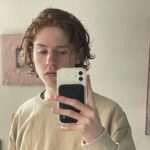 Jude is a high-school student from Cambridge who loves to create. When they aren’t procrastinating or convincing another friend to watch Heartstopper, you’ll often see Jude coding, drawing, or designing something; usually to do with cars.